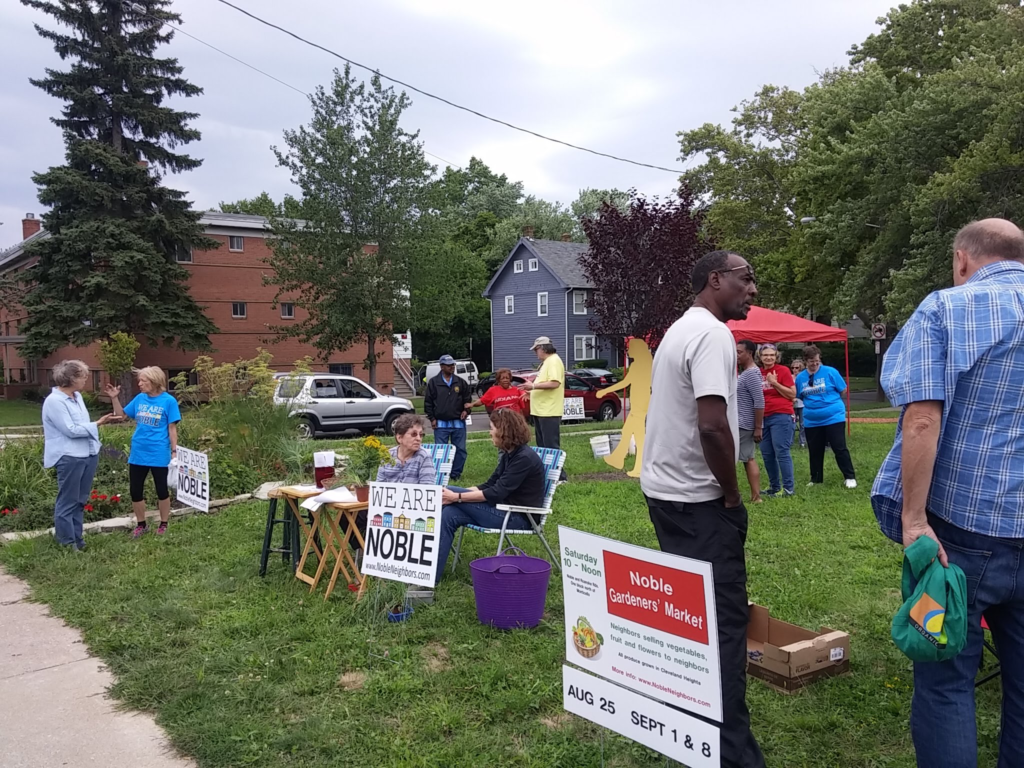 Click here to VOTE FOR NOBLE ROAD in the America’s Main Streets contest!

FutureHeights has partnered with Noble Neighbors to nominate Noble Road for the America’s Main Streets contest, which comes with a cash prize of $25,000.

You can vote once per hour every day up until November 7th at midnight.  Vote OFTEN so our nomination can advance to the quarter finals.

Noble Road is the main street of Cleveland Heights, Ohio’s Noble Neighborhood. Developed in the early 20th Century surrounding NELA Park, one of the earliest planned industrial research parks in the nation, this 2.5-mile corridor is home to several locally owned, independent businesses and serves more than 15,000 racially diverse residents. In 2018, FutureHeights, a community development corporation, partnered with the resident group Noble Neighbors, and other stakeholders, to create a revitalization plan for the corridor to stimulate economic development, increase the attractiveness of the street, and foster neighborhood pride. The partners have embarked on several creative place-making projects to build momentum, including the creation of Noble-Roanoke Mini-Park at the site of a former gas station and the installation of benches along the street, featuring artwork that celebrates the neighborhood’s rich history. The next goal is to implement a banner program to help create a unique identity for the area and communicate that Noble is a neighborhood that is engaged, connected, and ready for new investment.

MORE ABOUT THE CONTEST:

The goal of the America’s Main Streets contest is to help promote the importance and strong economic benefits of these Main Streets and the small businesses that help them thrive. Please help us by nominating and telling us about a deserving Main Street. The winning Main Street will receive $25,000 in cash and related prizes to help revitalize that Main Street.