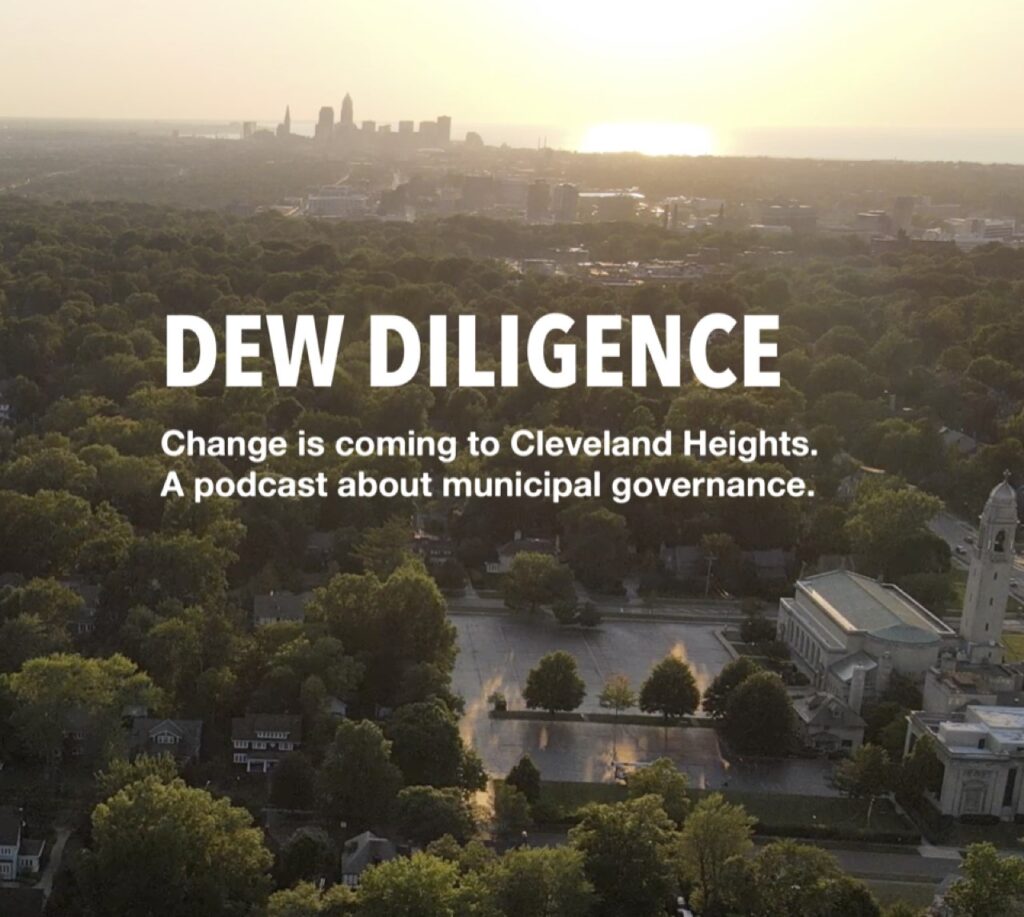 The eighth installment of the Dew Diligence podcast, a new partnership between the Heights Observer and Cleveland Heights resident Adam Dew that focuses on the run up to the city’s first mayoral election, is now available.

This episode features Nina Turner who is running as a Democrat in the U.S. Ohio District 11 Congressional race primary election on Aug. 3. Discussion topics include negative campaigning, dark money in politics, the Cleveland Heights EPA consent decree, and how the new CH mayor will be able to connect with her if she wins. Give it a listen here.

Episode 7 features Will Knight, another one of the candidates in the crowded District 11 field vying to replace Marcia Fudge.

Interviews with other District 11 candidates are in the works, as are interview with the four Cleveland Heights mayoral candidates.